The following guide worked on an Ubuntu 11.04 machine.

I will assume you have an Apache2 server up and running without problems. If this is not the case, search the Ubuntu forums for LAMP.

Begin with installing the packages sendmail, php-mail and postfix:

Uncomment and change the sendmail_path in your file /etc/php5/apache2/php.ini. The line should now look like this:

This is needed because PHP won’t find the sendmail command otherwise.

You can either use the PHP mail() function now, or use a custom PHP library for sending emails. I recommend the latter. For a fast setup, use the Swift Mailer. Download the library, put it in your public website folder and start making scripts. Here is an example script that uses Swift:

Put this code into a PHP file, change the domain and SMTP server data, and run it. Hopefully, an email should be sent to the given e-mail address.

This site has been suspended.

I’m sorry to announce it, but this is the case. I’ll do what I can do bring it back up as soon as possible. I can’t control this downtime since the site sits on a remote web hotel.

I am very keen on switching to some other web hotel. For a “big” customer like me, this current one seem to have too many problems and is quite unsafe. They can’t offer a larger account for me either! Anyway – stay connected via Facebook!

This is the answer I got from my current web host when I asked for the reason why they suspended me.


Of course, the database load is proportional to the number of visitors. Which is a very big number. I see no other solution than moving to some other web host. I guess that will be the project for this week and next.

Now I’ve bought some web space at Binero.se, a Swedish web host with good performance of servers and good reputation. Going from One.com to Binero.se will be a HUGE performance increase. As a user, you’ll probably feel the difference right away. This web hotel know know what they are doing – they’ve worked with big customers for ages. I took the smaller account and I think that will fit me just fine 🙂

Now I’m uploading all the old things to the new server. This will take a lot of time but I’ll do it for my users. The site can be reached from a random URL in the beginning, but the domain “friendship-bracelets.net” will point to it when the guys at One.com and the registrars have finished the work I gave them today.

I wanted to try making the bracelet buckle last night but the site shut down and I freaked out haha :p

WHY? ! I just started this braceletttttt. And now it is in hold. D; 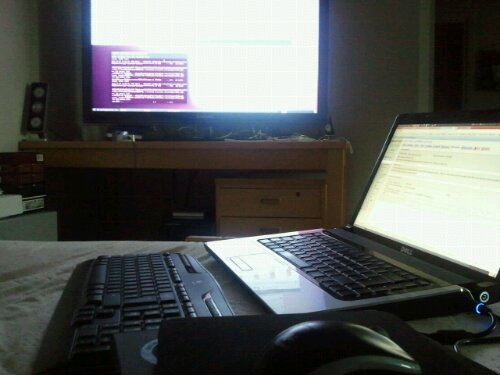