This is supposed to be a tutorial on how to make an Order medal. The main use for this medal is to put on your costume to show that you are a part of the “Brända Bockens Orden” or the Order of the Goat in my student nation. 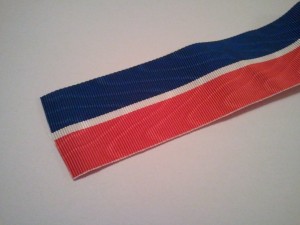 Take a piece of Nation band. 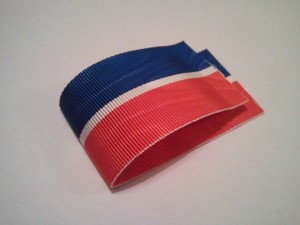 Cut a small piece of it and fold in half. 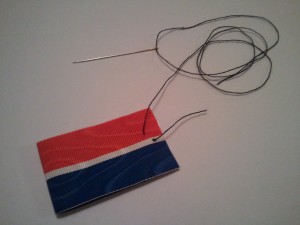 Sew with sewing string, begin in the middle of the band. This is important, otherwise some loose strings might pop out on the sides when you are done. 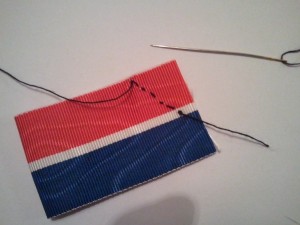 Sew a line making an angle of about 45 degrees together with the middle line of the band. 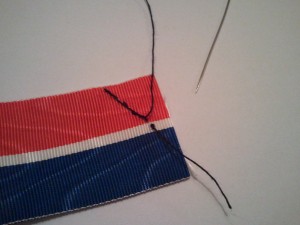 Don’t stop there, zig-zag your way back to the middle in the loops you just made. 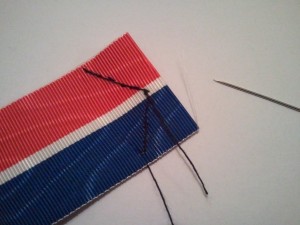 Sew another line out to the edge just like on the other side. 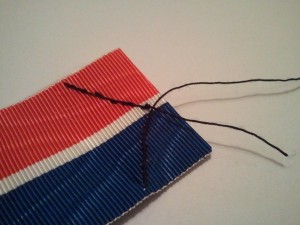 Zig-zag your way back to the middle again. 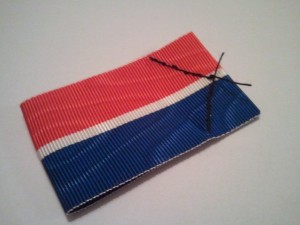 Fasten the loose string in the middle and cut off the rest of the string. 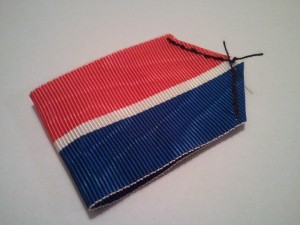 Cut away the part of the band outside the seamline. 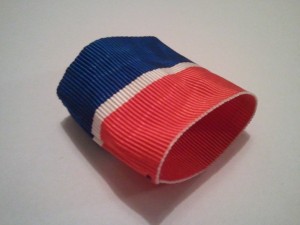 Fold the whole thing inside out. 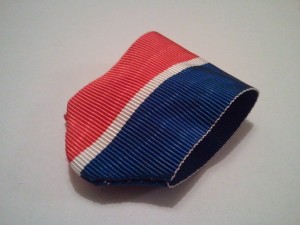 Poke out the triangular thingy that emerges from your sewing. You are now done with the top part of your medal. 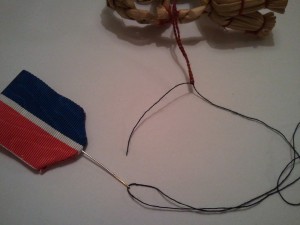 To fasten something in your masterpiece of medal holder, use a thin string and a needle like the photo shows… 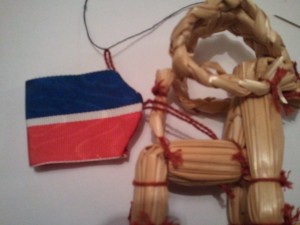 …that’s it! Now you have to fasten this really good so it won’t fall off when you are partying like an animal. 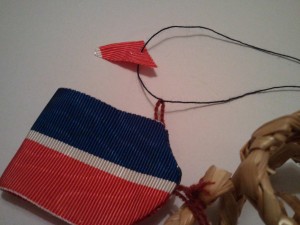 A piece of leftover band will do. 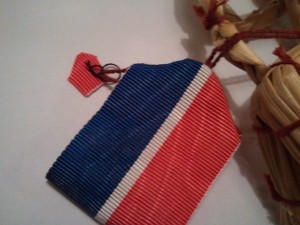 Just make an ordinary knot, it doesn’t really matter since you’re going to glue everything together. Use textile glue that won’t make ugly stains through the band. 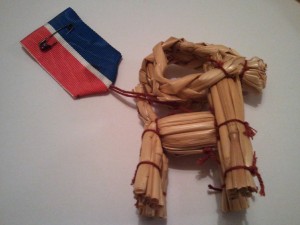 Flatten everything together by putting your medal holder under your Calculus book or something else that you don’t worry about getting glue on. Put a safety pin on like in the photo and you’re done.

This is a free and easy one, but maybe not so obvious for the average blogger. Many bloggers think that you have to pay for a web service to get rid of them, but that’s not true.

The idea is to add a CAPTCHA to your blog to prevent SPAM-bots from posting bad entries. A captcha is a small test to make sure that the writer is human, not a computer. It is usually an image with squiggly letters that you have to look at and fill into a box.

To add it to your blog,

You are basically done here. Bye bye SPAM! If you want to change the captcha settings, go to Plugins > SI Captcha Options.

There are many other Captcha plugins out there, this is just one that I’ve tested and approved. 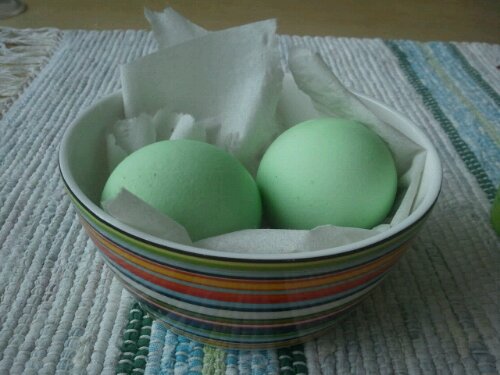 It’s hard to make a point without having evidence. Especially when the evidence lies back in time and cannot be brought back. I might be “old” and bitter, but things worked better before – at least when talking about the student Nations in Umeå.

A brief introduction: The Nations is groups of people that makes events like parties etc. They have their own crowd of members that may attend to all events that the Nations provide. The House of Nations (Nationernas Hus in swedish or shorter NH) is a pub where we usually end up after these events. The Nations used to run this pub, but things have changed. Now some other group of people that does not want to join the Nations works there.

One can wonder why the pub is called Nationernas Hus, because it isn’t any more.

This is where the interesting part is. Before, when the Nations ran NH, there were “utskott” or committees in the Nations that had the special mission to work at the House maybe once a month. It worked well, we could spam our Nation members if we needed more workers and the workers could easily speak with the Nations if they needed some team building event or money for something else. The best thing was that these worker teams denoted themselves as Nations and that brought everyone together because we all spoke about and believed in the same thing. Sort of. This is how the structure looked. N1, N2 and N3 are three arbitrary Nations and B1, B2 and B3 are tree arbitrary bar groups (groups of people that run NH for a night now and then).

Below is a graph showing how the structure looks now. As you can conclude yourself, the communication between the bar groups and the Nations is suffering. There is no line (edge) between them anymore.

A mathematician would simply say that this is an unbalanced graph, and that some algorithms will run badly on it. This can be compared to real-world events. For example, if the bar groups wants to make an event like a sittning or something,  and needs money, the communication line goes from bar groups to NH to NF (two steps). Before, the money was already in the Nations. The bar groups had through the Nations their own economy and also an own financial accountant to speak with.

Public relations will also run slower with the latter structure. We can not say that we are making PR as one group anymore, so we have to do twice as much work for the same thing. Either NH or the Nations.

These are my thoughts for now. I have to study now but I might update this post later, check for updates. And please let me know if my grammar is wrong – my english is not the best.

Having problems connecting your Samsung Galaxy S to your Ubuntu PC? I had the same problem, and the solution (which I found here) is a joke.

SOLUTION: In Settings > Applications > Development, change the setting “Stay awake” to “on”.

Your device will pop up as an external drive in Ubuntu when you try to connect as a mass storage device.

“Stay awake” is supposed to make the screen stay lit when the phone is charging. If anyone knows the logic behind all this, please tell me.

This video is from a *kind of* musical in Finland. I was there with the student nation Gästrike Hälsinge Dala, visiting another nation on their anniversary.

I also have some videos from “Götejakten 2010” – if you know what it means and you’re interested in watching the videos – please contact me (those videos are not listed on YouTube).

Check out Diaspora, the Open source social network. It’s just in alpha version right now, but I think it’s got big potential. You can even setup an own Diaspora server if you want.

For the non-nerd user, the gain compared to facebook is that the content belongs to you even after you uploaded it. And you share your content with people YOU choose. This is great for the idea of free information. Thumbs up from me.

If diaspora grows big, I will join. I don’t think I will give up Facebook though. Not in a while. Maybe if diaspora starts using the Facebook API for posting things there 🙂 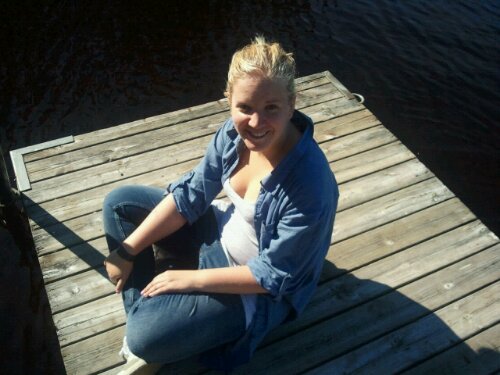 It’s almost -20 degrees in Umea at night. Thinking about the summer makes me at least warm inside. I should get a bigger computer that radiates more heat…