I recently started on a small 2D physics engine project that I for now call p2.js. It contains just the basics, spheres, particles, planes. They can interact either through frictionless contacts or spring forces. 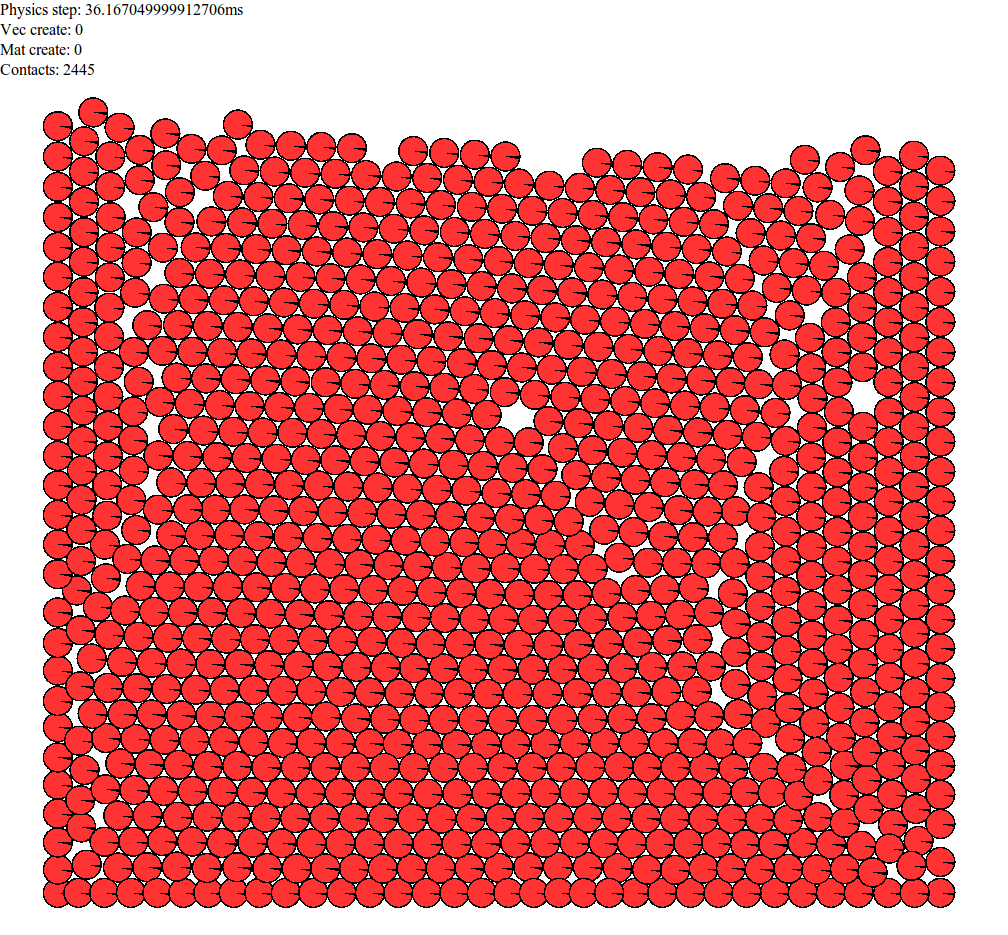 There are a few reasons why I wanted to roll my own engine, however, the most important one for now was the question about using typed arrays or not. Now I’ve got the answer to that.
I followed Brandon Jones simple instructions on how to use the typed arrays correctly, and as one of his slides implies, I was indeed barfing rainbows when seeing the results. Okay, maybe not barfing rainbows, but I must agree that I was a bit surprised.

In total I get a performance gain of about 30% when using Float32Array instead of vector objects such as {x:2,y:1}. This number, 30%, is just a very rough estimate, because it depends on a lot of different parameters. However, my implementation made it relatively easy to switch between these. Another thing that I noticed was that switching between ordinary Arrays and Float32Array didn’t affect performance much at all, though there are a few other advantages of using the latter.

The key to using Float32Arrays is to avoid creating new ones. In the physics engine case this can get a bit tricky since there are things added and removed to the simulation in every timestep. A good example is the contacts. When two geometries collide I need a new ConactEquation instance in the engine. This is basically a holder for a number of vectors, so making a new instance every time it is needed is a no go. To solve this I made sure these objects are reused in between every timestep, and if there are excess objects, I store them for later use.

The scene you see in the image above is a simulation of 900 circles trapped in container consisting of 3 planes. The number of solver iterations is 10. I can get reasonable results by using fewer iterations too. Rendering is made in a small 2D demo renderer I built with Three.js.

I’m going to make a demo page for the engine soon, though for now only the code is available.