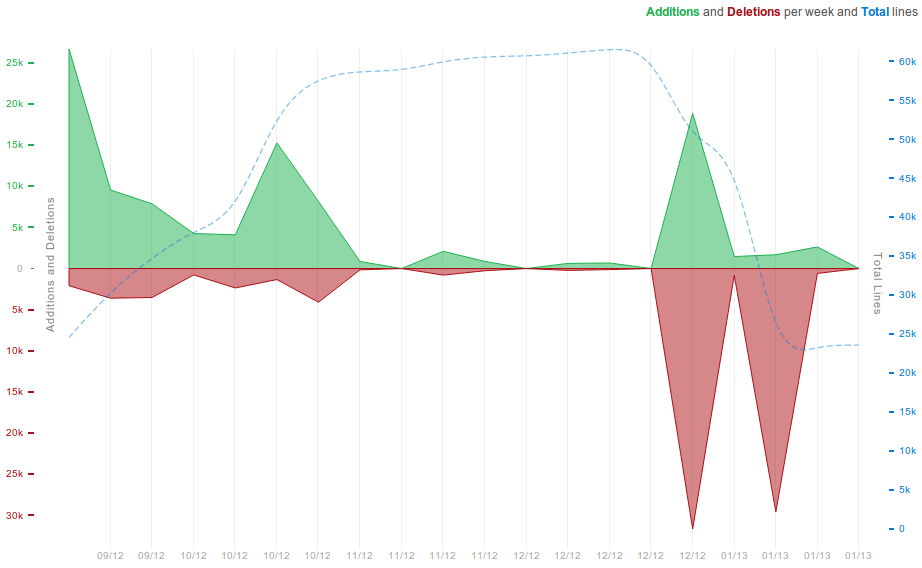 Recently I’ve been working a lot on the Node.js version of friendship-bracelets.net. Here’s a quick status report.

I’ve reduced the code to less than half its size by abstracting key parts of the code and compressing a few static JS files. I really love JavaScript – abstracting code has never been easier (and dirtier).
One interesting abstraction I made was an “edit resource” page. For each resource I have a Schema class instance that can help create an HTML form and then validate input from the client.

Other news is that I’ve started using Nginx to serve static files and proxy to Node. It was really easy to set up so I will probably continue using Nginx. The only drawback is that I really want PHPMyAdmin for administrating my database, so I still have to run an instance of Apache… Perhaps I’ll find a solution to this later on. I will post instructions about my setup when it’s stable.

Another thing I’ve done is a chat client. I was really excited while doing this because it is a whole new concept to the site. This way we can get even closer interaction with the users.
The tech behind the real-time chat is server-sent events, or more specifically, EventEmitter in HTML5. Earlier I was determined to use WebSocket, but since server-sent events is more well supported (on both client and server) and good enough for the purpose, I went that way.

I’ve probably mentioned how to do this earlier, but now I’ve tried it. When starting the Express app with the environment variable NODE_ENV set to “production”, I simply run
app.configure("production",function(){
app.enable("view cache");
}); This makes Express cache the templates inside the app, and it makes the app faster. By also relieving the app from serving static files (using Nginx), this makes the web app perform really well. It almost feels like running the app locally when it in reality it’s on a virtual machine in a datacenter somewhere else.

I’ve already started using jQuery mobile for the mobile site, but it will probably only make it more difficult for me to maintain the site. Using that will need different HTML for the layout, which duplicates that amount of code. I’m starting to think maybe it’s better to just add some CSS when on mobile instead.

A question from a user came in, and he asked if the site could be translated into russian (he even offered help). Making an Express app support multiple languages is easy using e.g. i18n-node. However, making friendship-bracelets.net in multiple languages is probably not that easy. As I see it, we have 3 options for multi-language implementation.

Discussing this with the mods lead to a decision to do nothing about the multi-language question. However, It would be really cool to try out i18n in the future (I never tried it before).